Miami Home Sales Off the Charts in the USA! 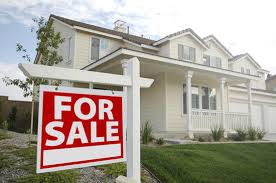 Miami Home Sales are off the charts, too!  Are you still on the fence about buying that next Miami property?  What are you waiting for?  Miami home sales continue to outperform the rest of the country.

Pending home sales hit second highest point in decade in the USA!   Pending home sales increased in July led by high gains in the West, which hit its highest month in more than three years. There is, however, still room for more growth. There’s little doubt there’d be more sales activity right now if there were more affordable listings on the market.

Pending home sales increased in July up to the highest reading in over a decade, according to the latest report from the National Association of Realtors.  And Miami home sales, though not leading the pack this month, have certainly continued to outperform the national average.

While the West led the way with its increase in pending home sales, the Midwest was the only area to see a decrease in contract activity, according to the report. “The index in the West last month was the highest in over three years largely because of stronger labor market conditions,” NAR Chief Economist Lawrence Yun said.

“If homebuilding increases in the region to tame price growth and alleviate the ongoing affordability concerns, the healthy rate of job gains should support more sales,” Yun said.

The Pending Home Sales Index, a forward-looking indicator based on contract signings, rose 1.3% to 111.3 in July, representing the second highest point this year. It is up from a downwardly revised 109.9 in June, and up 1.4% from last year’s 109.8.

An index of 100 is equal to the average level of contract activity during 2001, the first year to be analyzed. Coincidentally, 2001 was the first of four consecutive record years for existing-home sales.

“Amidst tight inventory conditions that have lingered the entire summer, contract activity last month was able to pick up at least modestly in a majority of areas,” Yun said. “More home shoppers having success is good news for the housing market heading into the fall, but buyers still have few choices and little time before deciding to make an offer on a home available for sale.”

“There’s little doubt there’d be more sales activity right now if there were more affordable listings on the market,” he said.

Residential construction data shows that the size and costs of new homes moved downward over the past year, the report said. This is an early indication that homebuilders are beginning to shift away from building larger, more expensive homes in order to focus on properties in the middle and lower price ranges.

“Realtors in several high-cost areas have been saying for quite a while that there is robust demand for single-family starter homes and townhomes at an affordable price point for young buyers,” Yun said. “The homeownership rate won’t move up from its over 50-year low without a meaningful boost from first-time buyers, whose participation has yet to noticeably increase so far this year despite mortgage rates near all-time lows.”

In fact, homebuilder confidence increased in August as new construction and new home sales increase, according to the Housing Market Index by the National Association of Home Builders and Wells Fargo.

According to the latest estimates released jointly by the U.S. Census Bureau and the Department of Housing and Urban Development, new home sales soared in July.

“Single-family starts are still growing at double-digit rates,” Trulia Chief Economist Ralph McLaughlin said in response to the new home sales report. “Supply-constrained homebuyers should rest assured that relief is on the way.”

Are you interested in learning more about Miami home sales? I’m Mario Quintero, your mortgage & realtor for life. Let me be your Miami, Florida home consultant. Our office specializes in both residential and commercial real estate and financing programs. We help you secure conventional, jumbo, FHA and foreign national mortgage loans. We can also help your elderly parents secure a comfortable retirement with a reverse mortgage. Call me today at 305-598-1600.